Perfect for a luau party or parties anytime!

This is set on “The Big Island”. Hawaii was inhabited by little people known as Menehune. Some say Molowa had some Menehune blood in him and that was why he was only four foot tall. Recently, however, he’d been causing so much mischief that people were complaining. Today he disappeared. Who rid the island of Molowa?

Versions and samples for luau parties:

Overview of this game for luau parties

Hawaii Island (nicknamed “The Big Island”) – is the island with an active volcano called “Kilauea”. A number of people live there. They claim it is safe because volcano emits lava and ash in the other direction. It is also the home of Pele – the “Goddess of Fire” or “Goddess Of The Volcano” as she is known. The rainfall on the island is extremely high and there are lots of lava tubes, butterflies and rainbows. Before the Polynesians came to Hawaii, it was inhabited by little people known as Menehune [pronounced meh-neh-HOO-neh]. Some say Molowa had some Menehune blood in him and that was why he was only four foot tall. He originally came from Maui but he had been on the island for a number of years. Recently, however, he had been causing so much mischief that people were starting to complain. Today it was discovered that he has mysteriously disappeared. Perhaps he has moved to another island or back to Maui. Your task is to work out who rid the island of Molowa.

Kainoa: “You don’t really believe all those myths do you? People who believe that sort of thing are nuts and believe me I know as I’m a nut man myself.”

Reading level of this game for luau parties: 6
Note: The reading levels of each kit (not just “page” as it says below) were determined by copying and pasting the play version of the kit into The Readability Test Tool (see www.read-able.com). 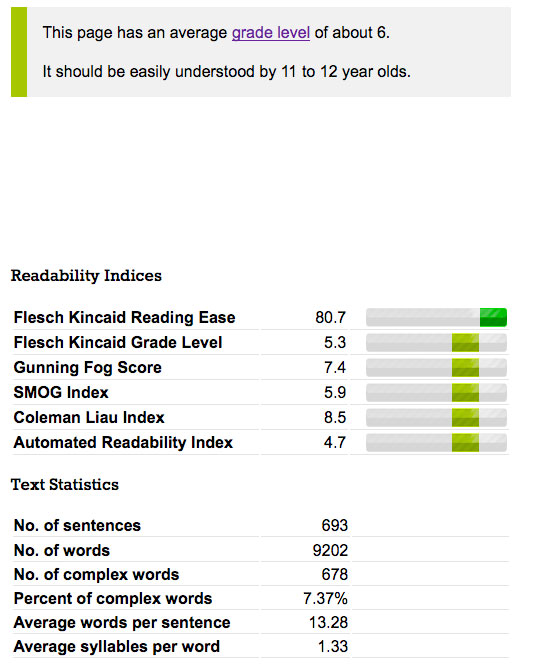 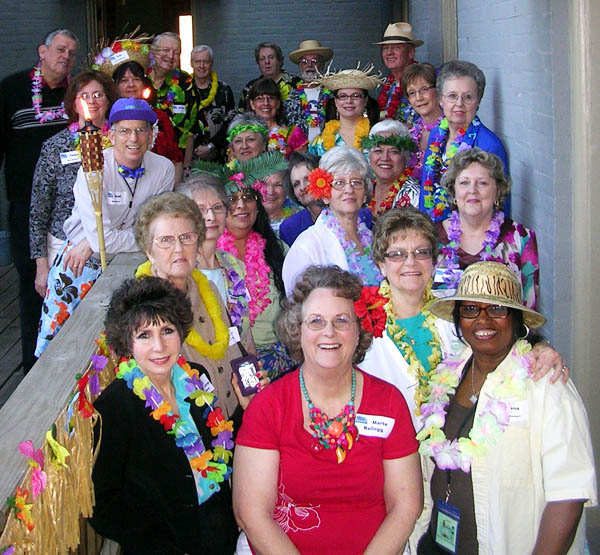 “It was fun and I like how it has an agenda . My family loved getting into character and exploring the whole clue part. I made booklets for each character that they used to jot down ideas.”

“This mystery is easy to put on and decorate since Hawaii decor is easily found. The mystery has unique characters. We played with 8 girls aged 12-16. I was interested in the authenticity of the Hawaiian myth information.”

Marte sent in this feedback (see photo above): “This was an easy mystery to costume and everyone really got into their parts. We had a mural of a lagoon with grass huts along one wall, torches along the entrance walk. The funniest part was pronouncing the names right. Having an Hawaiian with us to coach us didn’t seem to help at all. This was the 4th mystery we have done and, as usual, we maxed out our facility.“

I’m a female world championship surfer. I’ve won it so many times, I’ve almost lost count. I have a holiday house on the Big Island. I am a pretty tough woman. You have to be to surf as you have to fight for each wave with a bunch of guys.

I’m a lifeguard at the beach. In my spare time, I go bike riding and play the ukulele. I like the fact that the ukulele was invented in Hawaii and that it means “jumping fleas” and people called it that because the musician’s fingers flew about like fleas on it.

I have a macadamia nut farm in Kona. I also grow some coffee beans on it. Although macadamias are native to Australia, most people mistakenly believe they are native to Hawaii. I don’t mind because we sell a lot at the airport. I have a stand near the highway so I also sell to tourists. The tour buses stop at it. I lay on my Hawaiian accent for the tourists and I try to be as much of a character as I can be by calling everyone sista, bro, auntie or uncle.

I’m a seismologist and I’m proud of it. People sometimes get a tremor when I’m around – only joking. I spend a lot of time monitoring the volcano we have here. I’m from mainland USA but I have made Hawaii my base.

I climb coconut palms and de-nut them so they don’t drop on tourists’ heads when they go to the beach. At the markets I sell fresh green coconuts for people to drink.

I’m well-known identity and I live in the rainforest. No one knows exactly where. I walk to town most days. I live off the land, but sometimes when the fruit isn’t ripe I go to the Church soup kitchen. Some people think I have eaten their dog, but that isn’t true.

My name means “flower”. I am a descendent of the royal family that used to run Hawaii. The last few leaders didn’t have any children, but I am a cousin of an earlier leader. I believe in taking back Hawaii for Hawaiians and separating from the US. I am passionate about this cause. After all the land was taken away from Hawaiians and they broke all their promises. I love children and good uke music.

I am a vermin exterminator. I remove cockroaches and other pests that are common in this tropical climate. I am into bugs especially the kinds that make some people scream and run.

My name means “beautiful”. I sing at one of the best resorts. I’ve recorded a few CDs and am still waiting for my big break. Jazz is my favorite thing to sing besides Hawaiian tunes. I love sharing my culture with the tourists, except when they are culturally insensitive.

I design tropical houses that are suited to this climate. It’s a shame that isn’t what most people want to live in. I am also into bicycling and planting trees.

My name means “calm as still waters”. Maybe that is why I try to be the opposite. I take tourists sky-diving, bungee jumping, rafting or on any other adventurous activity they want to do besides visiting the volcano.

I fish both from the land and in my boat. My father was a fisherman and his father was before him. So I carry on the tradition. I also play guitar and write songs.