Perfect for a clown or circus themed party or for anyone anytime!

Just 5 years ago, Edgar Center died. He left his circus to his son, Sammy. This shocked Edgar’s wife, Tammy, and to his other son, Danny. Sammy is taking the Center Brothers’ Circus to New York City! He’s improved the circus by adding a clown car, but now it has disappeared.

Versions and samples of the circus themed party game:

Welcome to the Center Brothers’ Circus! Just five years ago, Edgar Center, the owner of the Center Circus died. The circus had been performing in small towns on the Eastern seaboard of the United States for over twenty years. Edgar Center was content to keep the circus small and live with his family in the small town of Henniker, New Hampshire when they were not on the road. After Edgar’s death, the will was read, and he left his circus to his college educated and ambitious son, Sammy. This was a surprise to Edgar’s wife, Tammy, as well as to his other son, Danny. They were disappointed that Sammy would be totally in charge of the circus.

Five years have passed since Sammy took over the circus and he has brought the circus to the big time – New York City! Sammy improved the popularity of the circus by changing its name to The Center Brothers’ Circus and by adding a new, crowd-pleasing act – the clown car, a small, two-door electric vehicle which can only fit two clowns at a time. However, it has a trap door which opens to allow over 30 clowns to enter it, one by one, from a trap door on the floor of the performing area. Children love to see so many clowns coming out of the tiny car! So tonight’s the Center Brothers’ big night and the Edison Garden in New York! We begin with an afternoon rehearsal before mayhem begins…

Barbara: “Who shaved my beard? I can’t do my act! No one will want to see a beardless lady!”

Note: The reading levels of each kit (not just “page” as it says below) were determined by copying and pasting the kit (the play version), into The Readability Test Tool (see www.read-able.com). 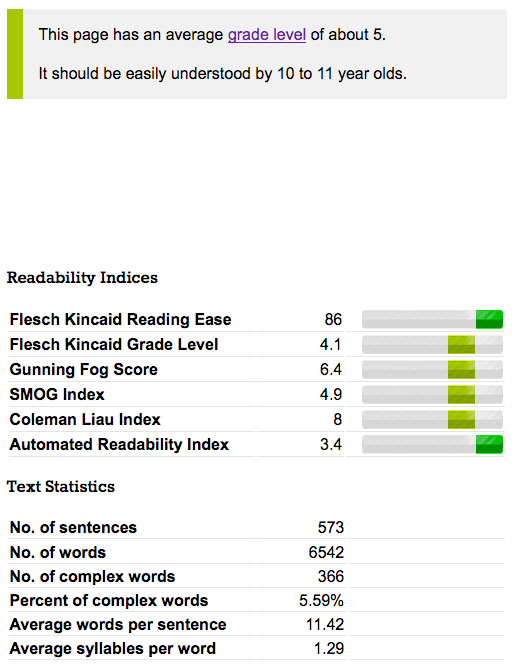 She used the kit with her senior class and she said: “It went well!! They laughed out loud many times. My school principal was there as well as two other teachers.”

“We did your clown caper. The kids costumes were hilarious…we really got into that one — lots of ad libbing. Decorations, etc. I had a really creative lady at church that re-created vintage posters with Center Circus on them. They looked really authentic. We had a blast! Our youth director is a body builder and he & his wife came as the Russian Gymnasts — complete with some impressive routines. Too fun. I will be sending a couple of pix soon. All the kids said this was the best one ever!! Such a fun evening. Thanks for providing your great scripts!! Jan” See photos no.1 and no.2 above of a group photo from Janet’s “The Crazy Clown Car Caper” party and the Russian Gymnasts posing for a photo.

Marte sent in this feedback: “We had a blast with the Clown Capers. The animal masks and clown car were huge favorites. And the fact that no one guessed who did it added spice to the fun. The masks were painted on plain white caps from Oriental Trading. A stocking cap was knit and added to cover the hair but wouldn’t really be necessary. Everyone is already looking forward to next year. Thanks for writing all these mysteries. Marte” Marte Kellogg and her friend Vaunda painted some white sun visors and added things to them to make the most amazing animal hats (see below). They also had a clown car at the party and everyone seemed to love having their photos taken sitting in it (see below for an example). They went to a lot of effort, but they created an amazing party as a result. See photos No.3 and 4 above of a group photo from Marte’s party and some of the decorated animal hats and photo No. 5 of the Russian gymnasts and photo No. 6 of some people sitting in the clown car.

The people present at the circus themed party are:

I’m Sammy, the owner of the circus. It was my life’s dream to become the owner of my own circus. I was so happy when my father passed it on to me. I love what I do and I wouldn’t give it up for the world.

I am the ringmaster of the Center Brothers’ Circus. I run the show and everybody knows it. I am the elder son. Nobody tries to take the show from me, not even my brother!

I am Sammy and Danny’s mother. After I married their father, I gave up my own college education and potential career to dedicate myself to my family. I always had good suggestions as to help run the circus, but my husband would never listen to me. In fact, I was surprised that he didn’t leave the circus to me. Although I am proud of Sammy for finishing college and for bringing the circus from a small New England town, to its debut in New York City. Of course, I’m proud of Danny too, but for what, I’m not sure.

I’m the bearded lady. I’ve been in the circus ever since I started growing my beard at age 18. I started shaving before any of the boys did and my parents didn’t know what to make of me. I don’t really like my job because people always stare and laugh at me, but I’ve gotten use to it since the circus is always moving from place to place. This is the only job for me. I don’t think I would be able to get another one. I don’t know what I will do without my missing beard!

I’m the janitor. I tried out to be one of the clowns to fit into the small car. I did not get the part, and they gave me the job as the janitor. I was mad because my dream was to be a clown and be in the circus. When I was little everyone has always laughed and made fun of me. I always go to Banana Bee’s for dinner every night because I do not know how to cook.

Everyone knows the lion tamer has the hardest job. I have to care for the lions 24/7! I groom, feed and even stay overnight to make sure the lions behave. My act in the show is very important. Not only do I risk my life by sticking my head into the lion’s mouth, but I have also trained the lions to jump through hoops. Since I am a main star of the show, I have no reason to be jealous. As for the clowns they’re always getting laughed at.

My wife and I have been in the circus industry our entire lives. We are trapeze artists. As I was a child growing up in Russia, my parents taught me all the tricks of the circus trade. I met my wife ten years ago when she joined the circus in Odessa, Russia. We love to be what everyone looks forward to so we train extra hard and plan a great show. We have become the most successful act in the Center Brothers’ Circus. Although many people think the clowns are the most successful act, they are sadly mistaken.

I am from Russia. I was a former gymnast and trained all the time. My goal was to compete in international competitions. I agreed to join the circus because I was sick of gymnastics and wanted a change. Being a gymnast I am used to all the attention being on me while I perform. I was immediately smitten with Igor and we were soon married. As time went on the clowns began to steal the show. Igor and I were very upset because we loved to be the center of attention. We were then motivated to create a new and better routine. Many of the other people in the circus don’t really like us because we are so talented, beautiful and exotic.

I am well-known for my double motorcycle act, which is driving one motorcycle and then jumping on another. This act has given me the nickname of DXL. Everyone in the circus calls me that. I have been in the circus for about 13 years, and I love every second of it.

I am the lead clown in the Center Brothers’ Circus and I deserve to be because I studied clowning at Oxford. The clown car has really made the clowns the stars of the show! Since the car was added to the act, our attendance tripled! It’s all because of the clowns and the car that the Center Brothers’ Circus has made it to the big time – New York City! No one can steal the show from us!