It’s the year 2200. Space entrepreneur Pascal Cannon has been suffocated in his sleep the night before. Apart from being a very clever space cookie, he was also a major inter-galactic property developer and an investor. Suspects are gathered together at the intergalactic criminal inquiry center for questioning.

Versions and samples of the sci-fi party kit:

Overview of this sci-fi mystery

It’s the year 2200. French space entrepreneur Pascal Cannon has been suffocated in his sleep the night before. Apart from being a very clever space cookie, he was also a major inter-galactic property developer and an investor. A number of suspects and friends of the deceased are gathered together at the intergalactic criminal inquiry center for questioning. A stellar restaurant has supplied a meal.

Little Green Man: “Pascal thought I was a wimp because I spend most of my time in the shadows raking up magnesium. I’m not a wimp. I just hate glare. Everyone knows green people can’t stand glare. But I couldn’t explain that to him. He was such an ignoramus. And he didn’t care at all about hurting people’s feelings.”

Angela sent in this feedback about her “Murder In Outer Space” party (see photo no. 1 above): “We had a great time getting into futuristic character – it was quite a departure from our Murder on the Prairie party!”

They had this mystery for their party (see photos no. 2, 3 and 4 above) and they said: “Hi there Stephanie The party went really well, thanks! People made a real effort with the costumes. It was a great laugh. It’s a shame I didn’t have more photos of the costumes of the other people, ‘cos they were really fabulous. Dollar Man came with CDs round his neck, and two of the girls who didn’t have a role assigned to them came as inter-galactic fairies! They were great! Thanks again. All the best Sarah-Jane”

The people present are:

(arch enemy) I am an Americo-galactic technology whiz-kid turned space tourist. I get called on to solve all the major inter-galactic problems. When I was young my main hobby was blasting small meteors with sound waves from my intergalactic pellet gun. I used my computer to calculate where I should aim my gun. Most of my time now I spend just cruising around.

(business woman) I am a very intelligent creature from an outer galaxy. I run a floating help desk and am a technological savior. Shortly after I was born, they tested me for my intelligence quota and I scored 499 out of 500. They discovered that most of my intelligence cells are in my feet, so they nicknamed me “Brainy Feet”. Growing up was difficult. My parents wanted me to learn everything I possibly could so I spent all my time studying. My large feet seem to put people off so I don’t have a partner. I concentrate on making money instead.

(magnesium farmer) When I was young, my dad took me to an intergalactic convention on magnesium salt farming. I was so excited. There were people there from all over the universe – people like us who lived on moons and sold magnesium to the people who lived on other planets. My dad taught me everything he knew about raking, grading and selling magnesium. He died when I was young and so I had to take over the business. I do my best to make the business profitable but it’s a meager living. My mom runs a tour business on the moon. There are about sixty inhabitants on the moon. Mom matched me up with one of her tourists – a purple Sheoate from the bands of Titanus. Our colors are bright – with me being green and she being purple, but nonetheless we love one another dearly.

(girlfriend) I am an attractive female apparition. When I was born, the galactic suns must have been shining extra brightly, because I turned out to be exceptionally beautiful. My mother entered me in every intergalactic baby and infant contest ever held and I won tons of prize money. I even beat those cuties from the Beauty Galaxy. We were poor, so she tried to make as much money out of me as she could. Now I work as an acting model for the Gala Spacecraft Company. Basically I act in a soapie and they film us in their latest spaceship. I live off this and money accrued from previous now dead husbands. I guess you might call me a black widow.

(Pascal’s towel – female) I am an extremely pristine looking towel and I am very fastidious about cleanliness. I was manufactured over twenty years ago. I am designed to last at least fifty years. I am self-cleaning and I can change color simply by pressing one of my color tags. I was manufactured to the specifications of my owner Pascal. He wanted a large luxurious soft towel like myself. I am one of the top of the range towels. I have an instant ability to feel warm when it’s cold and cool when it’s warm. I never become smelly and moldy like some lesser quality towels. I am always dry and soft. Being a towel is a very intimate job. You become very acquainted with your client’s body and sometimes their friend’s bodies.

(activist) They call be Crybaby but it’s not my fault if I’m always teary. Because of some genetic stuff-up, I was born with no eyelashes, so I have to cry all the time to keep my eyes lubricated and cleaned. I was born in the middle of a war zone. My parents were both killed when I was still a baby. The intergalactic parent club adopted me and they took good care of me. When I grew up I became a crusader for the downtrodden and started my own activist group. I set up a constitution which forbid us from helping bad people. We only work on the side of goodness.

(journalist) I am a space journalist with telepathic skills. I was born with incredibly sensitive intuition. My parents were always getting me to tell them who was at the door, on the phone, that sort of thing. I can pick things up across seven galaxies so I know the news before it happens. It was useful when I was young. I would know if a boy wanted to ask me out. When I got older, it occurred to me that I could combine my love of writing and my telepathic skills, so I became a journalist. I am one of the best-paid journalists in the universes, because I can always get a story finished before anyone else even knows about it.

(computer) I am Pascal’s computer. I might look middle-aged and self-righteous but I am not psychologically unbalanced like some of my computer predecessors. I enjoy being a computer. To me, tricky calculations and parallel computations are fun rather than a chore. But I don’t just do calculations. I am also the backbone behind all of his other house and transport devices. They all turn to me for advice. It’s me that tells the lights to turn on when it’s dark and when Pascal is sensed entering a room. Pascal bought me over ten years ago via a store on the Galactanet. He argued with them over the price a bit. But he was happy with me. He said I had the facilities he wanted.

Note: The reading levels of each kit (not just “page” as it says below) were determined by copying and pasting the kit (the play version), into The Readability Test Tool (see www.read-able.com). 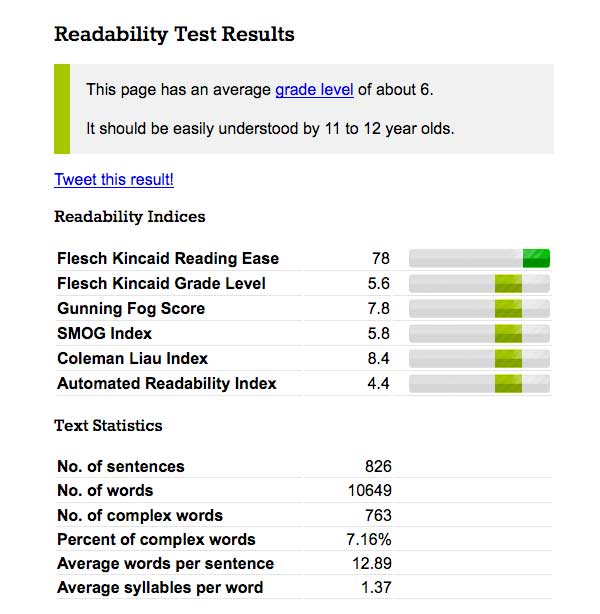 This package was a ton of fun with a small group of middle school girls. It was just challenging enough that not everyone was able to guess who did it. The girls talk about it all the time and cannot wait to participate in another!

We had fun when it came time to finally play. My one recommendation would be to make the players a bit more flexible for the smaller groups too. I had a couple of people that were fluctuating in and out of the count (between 11 - 13 players). I ended up having to print off 3 different versions before it was done because each change in count changed the dynamic of the character interactions and story line. The larger group had a few optional characters to make that easier and something like that would’ve been great for the 10+ group for late adds, etc.

The Search For The Truth: Murder Standard Bundle for 8 to 16 guests
Jeremy Thom

The Search For The Truth: Large Standard for 13 to 30 guests (murder and mystery versions)