The play format is the most flexible.

A couples mystery game where you learn about relationships by playing the famous in love!

It’s the year 2900. They’ve mastered time travel, but they still don’t know the secret to a good relationship. So they’ve gone back in time and brought back some “famous in love” couples. You must unravel the mystery of what makes a good relationship, which of the couples are the most united and which will stay here in the future.

Samples of this couples mystery game:

Overview of the couples game

It’s the year 2900. They’ve mastered time travel, but they still don’t know the secret to a good relationship. So they’ve gone back in time and have gathered some famous couples. They’ve brought them to the future to research and they have put them in a room behind one-way glass. They’ve given them some things to discuss and they are observing how they behave.

You must unravel the mystery of what makes a good relationship. The couples that are the most united will be allowed to stay here in the future. This could really be a benefit to some of them, because they could take advantage of the great medical advances that have taken place. But not all of the chosen couples will want to stay. So your job is to work out which will stay.

Frida: “Our marriage is like a burrito with too many peppers.”

Reading level of the couples mystery

Reading level: 7
Note: The reading levels of each kit (not just “page” as it says below) were determined by copying and pasting the kit (the play version), into The Readability Test Tool (see www.read-able.com). 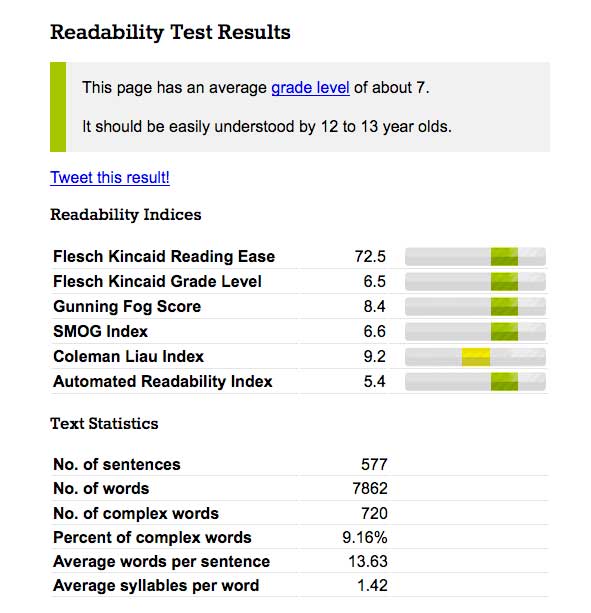 1 review for Famous Couple Fantasy: Play for 16 guests or less

I am proud to let you know it was a great success …people don’t realize how much fun this idea is…kudos! It was well worth it and well remembered.

We LOVED the game. I ordered it for my son’s wedding reception, and while we had to modify it a bit to fit our particular situation (we had twice the number of people at the party than the play casts, and so, instead of having the characters behind two-way glass and asking each other questions, the other guests were actually the future people and they quizzed us). We also had to cut a couple of the parts, as we didn’t have enough people willing to “play” a part (although, the way that it was modified, everyone had a speaking role at some point, anyway).

We had a three course meal consisting of salad and bread, an entree course of pasta and meat, and a dessert course. In between scenes, we ate and enjoyed each others’ company and discussed what was happening. The friends who were cast as members totally came through, complete with costumes. We had six tables that sat eight people each, and we made sure that each table had at least one famous couple.

It was a BLAST! My son and new daughter-in-law LOVED it, and had so much fun. My son told me that his wedding and the reception were everything he could have imagined, but better, because it’s not at all what he imagined … and the whole thing went off perfectly, right down to us serving the entire meal on real plates and with real flatware (no paper or plastic), and the dishes had to be washed between each course, because we didn’t have enough individual plates to serve three courses to 40 people. We had a great group of young people who played at being futuristic servers.

Thank you for the mystery play. We very much enjoyed every minute!

The suspects present at the party are these famous in love:

I’m the Pharaoh of Egypt. Although I am of Greek origin, I do know how to speak Egyptian. When Caesar was in charge, I snuck in to meet him by coming in rolled in a carpet. My plan worked and he allowed me to resume the throne. My son Caesarion is the son of Julius Caesar. Since his assassination, I have married Marcus Antonius. We have three children.

I am a Roman politician and general. Now I help rule Egypt with Cleopatra. Julius Caesar was my friend and also my mother’s cousin. I proved my competency as a leader during the Gallic Wars. And when Caesar was assassinated, I read the eulogy during his funeral and at the same time, removed his toga so that all would see that he had been murdered and I told the audience of his assassins, so that they were then forced to flee for their lives. Cleopatra and I have three children.

I am a Polish physicist and chemist. I originally studied at Warsaw’s clandestine Floating or Flying University and I began my practical scientific training in Poland. I am the first person to be honored by receiving two Nobel Prizes – one for chemistry and the other for physics. I am the first woman to win a Nobel Prize and I am also the first woman to be a professor at the University of Paris. I discovered radioactivity and I also coined the term for it.

I am a French physicist. I discovered the effect of temperature on paramagnetism. These people of the future tell me that this is now known as Curie’s law and that the material constant is known as the Curie constant. And that the temperature transition, above which the substances lose their ferromagnetic behavior, is now known as the Curie point. Later I decided to help my wife with her studies and together we were given a Novel Prize for our physics research.

My full name is Magdalena Carmen Frieda Kahlo y Calderon. I am a Mexican surrealist artist. I am most well known for my self-portraits. I have suffered from polio since I was six years old. And when a teenager I was involved in a bus accident and this has caused me lifelong pain and suffering and I have had over 35 operations. I took up painting after the accident.

My full name is Diego Maria de la Concepcion Juan Nepomuceno Estanislao de la Rivera y Barrientos Acosta y Rodriguez. I am a Mexican painter of murals. I have also been asked to paint a number of murals in the USA. I have children by previous wives. I am a staunch socialist and atheist and because of this some people have not appreciated my art.

I am a well-known outlaw. I’m from Texas but our gang travels mainly around the central parts of the US. It’s the midst of the Great Depression, but I suppose most of you won’t say that’s any excuse. We’ve killed a bunch of people, but we never set out to that. I like writing poems and because of my fame, some of them have actually been published.

My full name is Clyde Chestnut Barrow. I suppose you’d call me an outlaw. I’m also from Texas. We’ve only been together a couple of years, but they’ve been wild action packed years.

I am a poet. I am the eldest of 12 children and I started writing poetry and 6 or 8 years of age. Although I now live in Italy, I am popular in England and the United States. I have suffered from a mysterious illness since I was 15. I met Robert after he wrote to me in praise of my poetry. I was delighted when he wanted to marry me as I am six years his senior.

I am a poet and playwright. Although my wife has gained more fame than I have, some have appreciated my dramatic monologues. I also started writing poetry when young. Elizabeth and I had to elope because her father didn’t want any of his children to marry. That’s also why he disinherited her. The people of the future tell me that I did finally publish a 12-book poem later in my life that did bring me some renown.

I started off in nightclubs as a singer and dancer and doing vaudeville but ended up in Broadway musicals, and in movies. I had a top ten hit song in the 1950s. In the 70s I had my own TV show. I was even appointed America’s Ambassador of Love in 1970 by Richard Nixon.

My real name is Luigi Paulino Alfredo Francesco Antonio Balassoni. I’m a jazz drummer. I’m also a composer, arranger, bandleader, and jazz educator, and I pioneered the use of two bass drums. I performed with Benny Goodman and with Duke Ellington. Later I became Pearl’s musical director.

My real name is Phoebe Ann Moses. I’m an American sharpshooter and exhibition shooter. I ended up starring in Buffalo Bill’s Wild West show. One of my tricks, which everyone seems to love, is that I can repeatedly split a playing card, edge-on, and put several more holes in it before it touches the ground, using a rifle at 90 feet.

I’m an Irish immigrant and I was a dog trainer before I became a traveling show marksman. I placed a huge bet with a hotel owner that I could beat any local fancy shooter. But Annie beat me and she was only 15 and 5 feet tall. So I decided to marry her. We performed together and later I became her manager.

I’m the wife of the president. John and I often discuss politics. I am an advocate of married women’s property rights and I believe there should be more opportunities for women, particularly in the field of education. Women, I believe, should not submit to laws not made in their interest, nor should they be content with the simple role of being companions to their husbands. They should educate themselves and thus be recognized for their intellectual capabilities, so they can guide and influence the lives of their children and husbands.

I’m the second president of the United States of America. I believe in the “Enlightenment” values of reforming society and advancing knowledge. I am a federalist, and I am one of the key Founding Fathers of the United States, having helped convince the Congress to pass the Declaration of Independence.