Great for a sports party theme or for anyone anytime!

A number of athletes are relaxing on a tropical island in the Great Barrier Reef after a competition. A cyclone’s come and someone has been found murdered. Everyone is marooned together on the island with a murderer who may strike again. Sounds like fun, doesn’t it!

Note: In this survivors game, someone has been murdered and someone else will be murdered during the party. So be prepared. Be on alert.

Overview of this survivors game

It is October 2004. A number of athletes are relaxing on a tropical island in the Great Barrier Reef after an international competition. But, alas, a cyclone has arrived two months earlier than usual.

Although everyone has survived it, there are pythons and other hazards to deal with and to make matters worse, someone has been found murdered. So now everyone is trapped together on the island with a murderer who may strike again. Sounds like fun, doesn’t it!

Canute: “I think it could have been Maralitja. He’s a pretty weird person. He likes crocodiles. He must be mad.”

Tips on surviving the tropics

This kit gives you an insight into what the people on the Survivors TV show faced when they spent time near Cairns in Far North Queensland, Australia. As we ourselves used to be located near Cairns, we know a lot about living in this harsh environment. We know about the cyclones, the deadly stingers in the ocean, the crocodiles, the stinging tree in the jungles, the mosquitos, torrential rains and so on. This kit covers all of these hazards and more. This kit also gives you a taste of just how wonderful the tropics can be and how you can survive in the tropics.

Someone who wished to remain anonymous gave us a 5 star rating for this kit.

Thanks for another fun evening!!

Thank you so much for your review. Sorry I had to edit your comments (see the XXXXs) so that people won’t know too much before they do the mystery. But I really appreciate your feedback and I will go back and add a couple more hints to help people work out who did it it and I will also strengthen their motive.

The evening went very well with the guests using props instead of getting dressed up. We had 22 participants. Once everyone got to know who was who though the props even got discarded as it seemed they were all too intent on the game than carrying or wearing things. Some of the guests were already being their characters the minute they arrived which made life interesting in the country pub we were in. We broke the 2 parts of the game by having our dinner and the official part of the evening in between.

I even had the sceptics enjoying themselves and becoming their characters. Thankyou so much for all your effort and changing the game to the new format (meet and mingle) – it was not only very much appreciated but thoroughly enjoyable experience.

By the way I was Patsy Mitterand by choice – she didn’t seem to have to much to say on anything – that is why I chose to be her. I just kept asking people all night if they had ever ridden on the Concorde and telling them I knew nothing because my husband did all the thinking for me. (I knew the outcome and did not really become involved in the game but was the more the narrator/director of the evening).

“I just wanted to say that your Storm Survivors was the best party I’ve had so far in my 16 years of life. My guests came dressed up to the extreme, which made the voting on best costume quite difficult. Everyone had a blast, and when our first guest “died”, people reacted so oddly. It was great. When XXX came onto the scene, the girl who played her was perfect for the part. Even though no one guessed who did it in the end correctly, though one guy thought it was the certain person, but didn’t guess correctly of the murderer, it was still awesome. Thanks for making an awesome birthday party game.

Regarding “The Balmy Bahamas Cruise” and “Storm Survivors”: “I will let you know how the party works out……….although the previous 2 parties, everyone raved at how easy and how great your mysteries are. Thank you again. Pete”

Terry sent in this feedback (see images in the Photos tab):

“It’s Terry Lubotsky emailing you photos from my murder mystery party, The Storm Survivors, on September 17. Everyone had a blast! Thanks again for everything. Take care,
Terry”

The people who were present when the murder took place include:

(F) I’m a Russian gymnast and I won a gold medal in rhythmic gymnastics. I make my ribbon float through the air as I perform dazzling movements. I’m also a stats history buff. I love researching all the medals Russia has won over the years. We Russians love gold medals. We will do anything to get them. I knew Lydia through my relatives that emigrated to Poland.

(M) I’m a Swedish table tennis master. I move so fast you don’t even see me hit the ball with my bat. I won a gold medal at the games. You’ve probably seen me on TV advertising sports watches. I move a little more slowly but I look just as good.

(F) I am a swimmer. I am from China. My arm muscles are as large as most people’s thighs. I am very serious about my sport. Besides swimming, I also train by lifting weights. I won a gold medal.

(M) I am on my honeymoon on the island. Back in Japan I own an electronics factory. My family is very well-known in Japan.

(F) I am on my honeymoon. Back in Japan I work as a chemical engineer in Mutsumi’s factory. I recently discovered a way to make silicon chips smaller.

(M) (nickname “Marally”) I’m an aboriginal tour guide and a pretty relaxed kind of guy. This is only my second week on this job. Before this I was an aboriginal dancer and a didgeridoo player. I grew up in crocodile country.

(F) I’m a snorkeling and deep sea diving instructor at the resort. I love looking at fish of all kinds. I don’t eat fish because of my love for them. Although I am very happy underwater, I would like to marry a wealthy man and live in a big house overlooking Sydney Harbour with a yacht moored outside.

(M) I’m the owner of this resort and many others. I was inspecting the resort when the cyclone hit. I’m a bit of a wheeler and dealer. I have many local and interstate political connections and I’m divorced … if any of you ladies are interested.

(M) I’m an American basketball pro and we won gold. With my endless tricky moves, I’m a star on the court and off – if you know what I mean. The ladies love me because I’m good looking and know just how to flatter them.

(F) I’m a Kenyan marathonist. I won a gold medal, despite having surgery on my Achilles tendon not long before the games. I’m cynical about fame and I avoid doing press interviews.

(M) I’m a German weightlifter. Although I look and sound ferocious while I’m lifting weights, I’m a very mild-mannered family man who wouldn’t hurt a fly. I weigh 182kg (400 pounds). I lifted 260kg (573-pounds) in the competition and I broke my own personal best to obtain a silver medal.

(F) I’m a free spirit and I’ve been camping illegally for some time on the island. I guess you might call me a modern day hippie. Sure, I love nature, but the cyclone freaked me out a bit so I came to the resort for shelter.

Reading level of this survivors game: 6

Note: The reading levels of each kit (not just “page” as it says below) were determined by copying and pasting the kit (the meet and mingle version for 17 to 30), into The Readability Test Tool (see www.read-able.com). 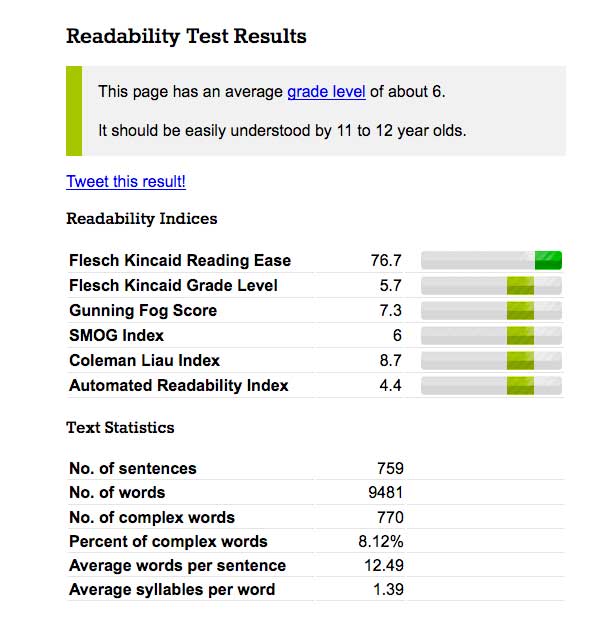 No reviews to show